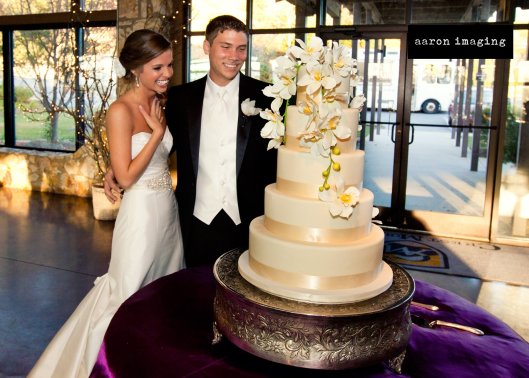 In a recent article at Bearing Arms, titled The Luxury of Self-Defense, I made the point that some things, such as having the leisure and opportunity to argue about self-defense and gun control, are conceits of advanced, first world societies like ours. In less developed nations, nations much closer to a Hobbesian state of nature, not only do such abstract arguments fail to arise, the need for self-defense, and the means to act upon it, are daily realities, not debating topics that make the self-righteous feel intellectually and morally superior to lesser beings.

We remain, for now, an advanced constitutional republic, but that state of affairs is not guaranteed. Freedom must be preserved by every generation. With that in mind, consider this from John Hinderaker of Powerline:

Tim Cook, Steve Jobs’s successor as CEO of Apple, authored an op-ed in the Washington Post condemning laws that protect religious freedom. Cook, who is himself gay, concluded with these words:

Opposing discrimination takes courage. With the lives and dignity of so many people at stake, it’s time for all of us to be courageous.

We agree with that, and we would like to see Apple show some courage. Not by writing op-eds that will be hailed by Cook’s progressive friends and will cost Apple nothing, but by facing up to the fact that around the world, homosexuals face a lot worse problems than buying cakes for their weddings.

Hinderaker refers, of course, to the self-righteous gay—alphabet soup—rights movement, currently imagining itself to be very mighty and righteous indeed. How to achieve such might and righteousness? Force bakers to make cakes for gay weddings, to enter into commercial agreements—contracts–against their will and their religious beliefs. There’s nothing quite like forcing honest Christians to do your bidding against their religious convictions to give petty tyrants a sense of moral superiority.

John Hawkins of Right Wing News and Gay Patriot Bruce Carroll–if you don’t follow him on Twitter you should–penned an open letter to Tim Cook, which was co-signed by a number of conservatives, including Paul and me. The letter reads as follows:

‘Our message, to people around the country and around the world, is this: Apple is open. Open to everyone, regardless of where they come from, what they look like, how they worship or who they love. Regardless of what the law might allow in Indiana or Arkansas, we will never tolerate discrimination.

…This is about how we treat each other as human beings… Opposing discrimination takes courage. With the lives and dignity of so many people at stake, it’s time for all of us to be courageous.’

Tim Cook’s message seems rather ironic in light of the fact that Apple willingly does business with some of the most virulently anti-gay nations on the planet.

According to their Islamic-based governments, homosexuality is punishable by death in Nigeria, Qatar, Saudi Arabia and Iran. So not only is it willing to “tolerate discrimination” in those countries, Apple is also happy to sell an iPod to the people who are murdering gays so they can listen to some cheery music when they’re done. What these nations are doing to their gay communities is despicable and should be condemned by every decent person. We hope Tim Cook believes that as well.

Tim Cook says that, ‘Opposing discrimination takes courage,’ and we agree. We call on Mr. Cook to live up to our shared principles by pulling Apple out of Nigeria, Qatar, Saudi Arabia and Iran until they stop their official government policies of jailing and murdering gays and lesbians.

Does forcing people with honest religious convictions to violate those convictions to please alternate lifestyle activists constitute a noble battle against discrimination? What courage does it take to use the nearly limitless resources of well-heeled activist organizations and their billionaire leftist patrons to sue an honest small businessman into submission or to drive them out of business (though thankfully, that turned out to be only temporary)? Does Cook’s kind of “courage” require facing anything more daunting than the occasional negative head shake or scoff? Isn’t it true that people facing down individual small businessmen and women who struggle to keep the lights on every day have not only the support of state politicians, but the entire Obama administration?

Real courage would require Tim Cook to refuse to sell Apple products to Muslim nations that actually torture and murder gay people, and Christians, and anyone—even their own co-religionists–that disagree with their religious beliefs or their government. It would require him and those that share his beliefs to actually put their livelihoods, their comfort, their future, their lives, on the line in some real way. It would require real peril, real sacrifice for the benefit of others.

That’s the point. Tim Cook is a multi-millionaire, the head of a billion dollar tech company. He, perhaps even many of his employees, can afford to indulge themselves in politically correct pseudo-moral crusades that reflect their pet desires and tendencies. It costs them nothing except money, a commodity of which they have a very great deal, but usually, it doesn’t cost even that.

I’m writing this on an Apple computer. I don’t use Apples because I agree with, or so much as consider, the political views of Apple’s CEO. I use them because I consider them superior computers. However, if Apples were unavailable for any reason, there are certainly other easily available alternatives. Those other alternatives may not have some of the features to which I have become accustomed, but I’m pretty adaptable.

If I am part of a gay couple, or have any beliefs/practices that a baker or other artisan might find repugnant, and they refuse me a specific service, why in the world would I want to force them to give me that cake or other service? Why would I balk at simply driving to the next bakery? Why would I want anything to do with anyone that would choose not to associate with me? What satisfaction would I derive from using the coercive power of the state to force someone to do that which they find repugnant? That’s not courage; that’s brute, ugly tyranny, the imposition of my will, by force, on another.

Oh, but it strikes a blow for tolerance and diversity! It prevents discrimination and makes gays, etc. more acceptable.

Such are the concerns of the contemporary militant gay activist: how can I force bakers to make a cake for my wedding? How can I force a pizza shop out of business for the crime of saying they would not knowingly cater a gay wedding, even though they have never refused to cater such an event, nor do people normally serve pizza at weddings? This is what passes for courage? By Tim Cook’s lights, a gay person refused a cake is at risk of life and dignity? One would think Apple’s Board of Directors might be a bit worried about having a delusional CEO.

Around the world in Muslim theocracies/dictatorships, gay Muslims hang from cranes.  Rather than consensual sex play, that’s a threat to life and dignity. Having to drive an extra five minutes to order a cake isn’t quite in the same league. And see what happens when Muslim bakers refuse to make a cake for a gay wedding.

Can you hear the outrage from gay activists? The outrage from the media?  Can you imagine the lawsuits? No? Didn’t think so. Christians won’t kill you for criticizing them, suing them and running them out of business. Some Muslims will kill you for not being the right flavor of Muslim.  For what they’ll do to you for being gay, see “hang from cranes” above.

Going after Christians, but not Muslims, is the kind of courage predicated on never actually having to use it. But one can’t really blame Mr. Cook. Selling electronics is business after all, not lives or dignity. One has to have one’s priorities straight–or gay.

4 thoughts on “Courage For The Cowardly”