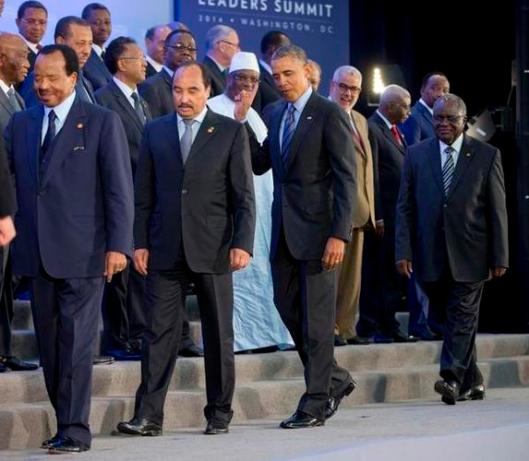 In “Our Muslim/Christian President,” I explained Barack Obama’s background:

There is no question that Mr. Obama was born to a Muslim father.  It is not only a matter of record, but Mr. Obama has admitted it in writing and in multiple interviews and speeches.  In addition, despite progressives–and some Muslims–crying discrimination and racism when Mr. Obama’s middle name is mentioned, he has often traded on that name–and his self-confessed affinity for Islam–when he has considered it advantageous.  The fact remains that only Muslim children are named “Hussein.”  He was Mohammed’s grandson and is revered in Islam as a holy martyr.  On his school enrollment forms in Indonesia, the young Obama was recorded as a Muslim.  This is unsurprising as the children of a Muslim father are themselves Muslims; it is not a matter of choice, nor may one choose to leave Islam.  Those who do become apostates and Islam dictates but one fate for apostates: death.  That most Muslims would not try to kill an apostate speaks well of their individual character, but millions would, which speaks to the dictates of their faith and their willingness to follow it to the letter.

What kind of Christianity does Mr. Obama profess to follow?  The Rev. Wright is one of America’s foremost proponents of Black Liberation Theology.  It is essentially a political philosophy– a black racist movement steeped in Marxist orthodoxy–wrapped in religious trappings.

There is no question that Mr. Obama is a Muslim. To what degree he recognizes the influence of any religion and to what degree that motivates him is the ultimate question. However, F.W. Burleigh, writing in The American Thinker, points out what would seem to be indisputable evidence of Mr. Obama’s Muslim belief as illustrated by the photograph that leads this article.

What appears to some to be a mere pointed finger is actually the shahada, the Muslim affirmation of faith. That he was making that very specific sign at a meeting of the US-African Leaders Conference in Washington D.C. in August of 2014 provides the context that makes his gesture unmistakable—and chilling. By all means, read Burleigh’s article for background.

We are left with a number of extraordinarily disturbing and dangerous conclusions, though these are they only possible explanations:

*Barack Obama is a stealth Muslim and has been working against the interests of religious pluralism, the United States and of civilization since the first day of his term in office. In effect, every day he is in office, he commits treason.

*Barack Obama is a Christian steeped in black liberation theology. He is a not-very-stealthy racist and always has been.

*Barack Obama is a Muslim who winks at the world’s Muslims. He believes he is fooling us, but jihadists know his faith and beliefs, and he and they are playing us for fools. They know his profession of Christian faith is a lie, and Muslims are encouraged to lie to infidels.

*Barack Obama recognizes no being greater than himself, therefore he is psychologically incapable of humbling himself before any god. All of his professions of faith, including the shahada, are merely cynical manipulations he deems useful and may be affirmed or rejected at any moment. Barack Obama is whatever serves Barack Obama best at any given moment.

It is horrifying that even these four possibilities are not necessarily mutually exclusive. Even if Mr. Obama is not in the least Muslim, his actions have consistently and unquestionably been beneficial to jihad and harmful to Americ and her allies. But what about his drone strikes? They are nothing more than ecessary and limited gestures to placate an easily fooled public and a willingly fooled media. By killing high value Muslim terrorists, America is denied the intelligence they possess that could really damage the jihad. Each top terrorist killed by a Hellfire missile is quickly and easily replaced, and the world wide jihad has dramatically expanded, not withered, under Mr. Obama’s leadership from behind.

Mr. Obama’s racist credentials are constantly on display, and his narcissism—extraordinary even for politicians—is the stuff of deranged legend. Consider this from his primary advisor, Valerie Jarrett:

I think Barack knew that he had God-given talents that were extraordinary. He knows exactly how smart he is. … He knows how perceptive he is. He knows what a good reader of people he is. And he knows that he has the ability — the extraordinary, uncanny ability — to take a thousand different perspectives, digest them and make sense out of them, and I think that he has never really been challenged intellectually. … So, what I sensed in him was not just a restless spirit but somebody with such extraordinary talents that had to be really taxed in order for him to be happy. … He’s been bored to death his whole life. He’s just too talented to do what ordinary people do.

Imagine being surrounded by people, day in and day out, who not only think this way, but praise you in pseudo-religious terms.

In dealing with this question, all that is truly necessary is to consider the answer to a single question: Would a President of the United States true to the Constitution, true to the ethic of western civilization, dedicated to the protection of the American people and to the salvation of liberty, allow Iran—run by fanatics determined to bring about the apocalypse–to have nuclear weapons under any circumstance?

By every indication, not the least of which is Mr. Obama’s irrational–it would be irrational for any president actually representing America–rage at the idea of Benjamin Netanyahu arguing before Congress that Iran must never be allowed to possess nuclear weapons, Barack Obama is entirely comfortable with Iranian nucs. Even Democrats are saying Mr. Obama’s pronouncements are talking points “coming out of Tehran.” Iran’s enemies are Obama’s enemies. Only American political realities prevent him from more actively warring on Israel. We can, if we choose, utterly defeat Iran and destroy every trace of its nuclear program, but Barack Obama chooses to war against Israel and prevent the Israelis from warring against Iran.

Everything Barack Obama says has an expiration date, every promise may be a lie as soon as it’s uttered. Every red line drawn is retracted or totally withdrawn as soon as an evil malefactor crosses it, every deadline is reset as soon as it expires. Mr. Obama’s oft-stated resolve to deny nuclear weapons to Iran has long been expired, all that remains is his admission that it was a lie all along.

When the Iranians get nuclear weapons, they will use them, first against Israel, then against us, perhaps simultaneously. Then will we see, in ways not easily ignored or explained away, the result of Barack Obama’s beliefs, or lack thereof. I wonder if even that would move the milquetoast demagogues of Congress to impeach him?