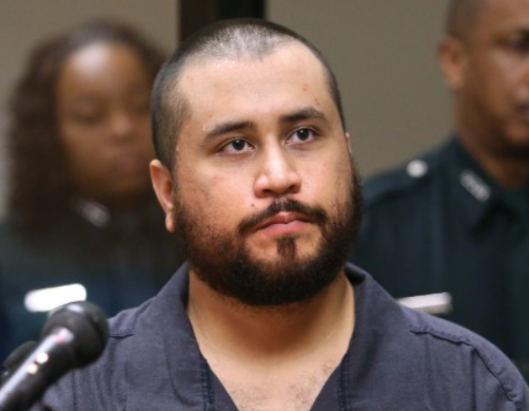 George Zimmerman in clothing he has become accustomed to wearing

Where social justice is concerned, human beings don’t matter. Oh, social justice advocates will claim to care very much for the occasional, highly specific human being, but they must be just the right kind of human being, one that perfectly meets the current, politically useful–progressive/leftist/statist/socialist/communist/fascist–victim criteria. One that provides the greatest political and financial profit potential.  It is this convenient ethic that encourages social justice fanatics to call for the prosecution of the innocent. “Let a jury hear this case! We just want a day in court!  The public has a right to know!” they cry with righteous indignation.

In the death of Trayvon Martin, they got their day in court, but so did George Zimmerman, and the process–as is always the case–was the punishment:

For the second time in just over a year, prosecutors have backed away from filing criminal charges against George Zimmerman in a domestic-violence case because a woman, initially upset and angry, has changed her story.

This time, the allegation was that Zimmerman had thrown a wine bottle at a woman who had just moved out. Last year, it was a different girlfriend who said he had pointed a shotgun at her and locked her out of the house.

Neither woman was injured.

Thus is the continuing, slow-motion, wreckage of a life:

Since his trial, he’s had several encounters with the police.

Twice he’s been arrested, accused by girlfriends of getting violent during breakups, and in 2013, his estranged wife accused him of threatening her and her father with a gun while they were moving out her belongings.

The most recent event was three weeks ago when he was arrested Jan. 9, accused by Lake Mary police of aggravated assault.

At 11:30 p.m. four days earlier, an officer heard breaking glass and saw 28-year-old Brittany Brunelle, Zimmerman’s dental hygienist, drive away from their home without turning on her headlights.

When officers pulled her over, she told them that she and Zimmerman had argued about her decision to move out.

She and her 5-year-old son had lived with him for about two months, she said.

Zimmerman had insisted that she return a painting, she told police, and she did, but while she was at the house, Zimmerman started yelling, she said, and took away her phone. He then threw it and the wine bottle at her, she said.

She and Zimmerman had strictly been friends and roommates, although they had sex one drunken night, she told police.

Social justice also demands that the media do what a properly functioning criminal justice system cannot and will not: harass, damage and punish the object of its wrath. The media is always only too glad to do its part.

She described him as ‘insane,’ ‘suicidal’ and ‘a psychopath. … Why that man is not locked up is beyond me,’ she said.

She told officers that night that she did not want to prosecute Zimmerman, and after police turned the case over to the State Attorney’s Office, she stuck with that plan.

She refused to appear when prosecutors asked her to come in for an interview, and when they issued a subpoena, she showed up with an attorney and either told them or handed them a statement saying that Zimmerman had not thrown a bottle at her and that she never feared him, according to a Friday statement from the State Attorney’s Office.

The day before the blowup, she said, she had told Zimmerman that she was leaving, and he became suicidal and took too many pain pills.

‘For the benefit of this neighborhood, watch this guy,’ she said.

This article raises several pertinent questions. If Zimmerman is such a dangerous lunatic, why did she continue to live with him?  If this young woman told the police, on the night of the incident, that she did not want to be involved in a prosecution, and if, after the prosecutors received their reports, “she stuck with that plan,” why did the prosecution continue?  Why didn’t they immediately dismiss the case?

This report by CNN is more detailed. It appears Zimmerman’s arrest was the choice of a single officer.

When asked about the delay in making the arrest, Gillett [police spokesman] said the arresting officer tried to reach Zimmerman on Monday and Tuesday, but couldn’t, and was off-duty Wednesday and Thursday. It was the officer’s decision not to pass off the case to another officer, Gillett said.

While the Orlando Sentinel report could easily lead the reader to think Zimmerman had been drinking–the Sentinel has always demonstrated a clear social justice bias against Zimmermand–CNN is, again, more specific:

Zimmerman appeared Saturday morning before Judge John Galluzo, who decided to bar him from contacting the alleged victim or going into Volusia County. He was also told to surrender any weapons to a relative or third party, but not to stop drinking since the judge said ‘there wasn’t any allegation of abuse of alcohol in the arrest affidavit.

Don West, one of Zimmerman’s primary attorneys in the Trayvon Martin case, also represented Zimmerman in this abortive case:

West said that his client — who posted $5,000 bail later Saturday — doesn’t have a full-time job, implying he’s had his struggles since the Martin acquittal.

‘It’s been a devastating experience that he’s had that he’s working through,’ the lawyer said. ‘… I’m concerned, obviously, as we are here again this morning.

I don’t know George Zimmerman. I have no particular interest in his life, other than a general hope for the welfare of all humanity. I do, however, have a very direct interest–we all do–in seeing that the aims of social justice are always and everywhere ridiculed, mocked and defeated as should be the aims of all anarchists, statists and race hustlers. I fear that one day, and sooner rather than later, we’ll be presented with the gleeful media reports of the ultimate triumph of social justice in this case. George Zimmerman will meet with an untimely death, and “justice” will finally and gleefully be proclaimed for Trayvon Martin, a young, drug-using burglar and thug, a gangster wannabe, who one rainy night made the mistake of acting out his criminal rage on an innocent man who happened to be armed and was forced to defend his life, only to, for all practical intents and purposes, lose it.

Dying in slow motion is always an ugly sight.