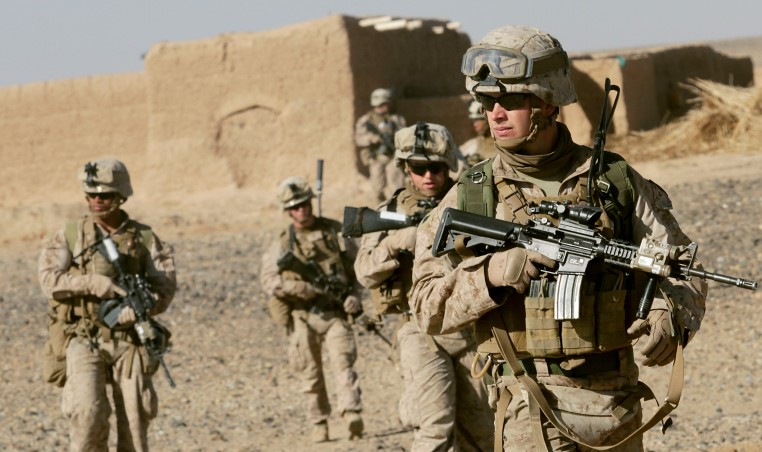 U.S. Marine Sgt. Bryan Early, a squad leader with 1st Battalion, 9th Marine Regiment, leads his squad of Marines to the next compound while patrolling in Helmand province, Afghanistan, Dec. 19. Early is responsible for planning the squadÕs patrols, the safety of his Marines, and achieving his commanderÕs intent, before, during, and after an operation. (U.S. Marine Corps photo by Cpl. Austin Long)