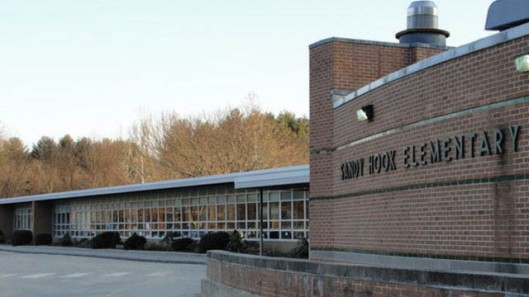 Sandy Hook Elementary as it once appeared

Regular readers are well informed about the murderous attack on Sandy Hook Elementary school in Newtown, Connecticut, sufficiently well informed to know the school no longer exists. It was demolished, and apparently with it, progressive rationality and sanity.

My 2013 series, The Realities and Legacy of Newtown (available here: Part I, Part II and Part III), explained that the conventional “wisdom” of Newtown was almost entirely wrong and was anything but wise.   The truth often tends to be less exciting than idle speculation, particularly if one has a particularly ideological axe to grind. Consider this from The Daily Caller:

‘The Connecticut massacre set in motion a cascade of events that led the White House to burn through its only real window to accomplish its goals,’ Seitz-Wald explains. ‘The month before the shooting, Obama had won a convincing reelection and a modest popular mandate. One major liberal wish-list entry, immigration reform, seemed not only within reach but almost inevitable.’

‘Obama hasn’t gotten back on track since,’ observes the leftist political correspondent—either uncannily shrewdly or by frantically grasping at a bizarre, illogical explanation.

Mr. Obama cannot possibly be responsible for the failure, or the failure to materialize, of any progressive policy. Such policies are infallible, perfect in conception and execution. If they somehow appear to fail, it can only be due to the nefarious actions of others.

Just as immigration reform was about to happen, ‘Lanza’s rampage altered the debate in Washington.’ Obama, who once told his political director Patrick Gaspard that he thinks he is ‘a better political director than my political director,’ had no choice but to pour all of his energies into a failed attempt at federal gun control legislation.

So that’s it! Absent the Newtown murders, Mr. Obama would have focused his “energies” on other brilliant progressive initiatives. It appears that the omnipotent, god-like Mr. Obama is somewhat less powerful than progressives once believed:

Democrats moved ahead with gun control first,’ Seitz-Wald recalls, because the fresh memories of 20 murdered children and six murdered adults would help the left demagogue the issue more effectively. However, a Republican filibuster caused even a watered-down bill to die in April.

Simultaneously, the National Journal reporter laments, pushing gun control ‘antagonized the populist libertarian Right, the same people whom mainstream Republicans and Democrats needed to stay on the sidelines for immigration reform to succeed.

But Newtown wasn’t solely to blame:

He then notes the Benghazi scandal, the IRS targeting scandal, the Justice Department surveillance scandal and the Edward Snowden leaks. ‘Many of these developments deepened partisan resentments.’

There was also Syria and, of course, the Obamacare fiasco.

The next thing you know, Obama’s approval rating has now fallen to the high 30s.

It all started with crazy Adam Lanza, though. ‘The tragedy in Connecticut shocked the nation’s and the president’s conscience, and he felt compelled to respond to polls that showed overwhelming support for action.’

But for a school shooting in Connecticut last year, Seitz-Wald says, Obama’s second term would be totally different. Somehow.

It’s fortunate that Americans understood that banning common firearms and imposing other draconian, anti-liberty measures on the law-abiding were not the kind of “overwhelming support for action,” Mr. Obama and his supporters envisioned.

Unfortunately, Connecticut Governor Dannel Malloy set up a “Sandy Hook Advisory Commission.” That commission has issued some advice that is rather, well, loopy, though apparently perfectly rational to progressives.  Again, The Daily Caller has the story:

Under a new law proposed this week by Connecticut Gov. Dannel Malloy’s Sandy Hook Advisory Commission, every homeschooling parent with a child who has been labeled with a behavioral or emotional problem would be forced to submit to a host of strict, burdensome regulations.

The scheme put forth in the commission’s draft recommendations on mental health would require homeschooling parents to submit individual education plans regularly to a local education bureaucrat.

School officials could then decree whether parents may continue to educate their own children, reports the Connecticut Post.

Administrators could pull the plug on any parents’ homeschooling by declaring that the child failed to make ‘adequate progress.

What sort of lunatic would imagine that preventing mass school attacks would have anything to do with intrusively controlling homeschooling parents?

The onerous new rules for homeschooling families somehow make sense in the minds of commission members because Adam Lanza massacred 20 young children and six teachers at Sandy Hook Elementary School in Newtown, Conn. in December 2012 — when he was 20 years old.

Lanza attended public schools (and a Catholic school) for virtually all of his education. His mother, whom Lanza later murdered, pulled him out of Newtown High School when he was 16 and briefly homeschooled him. While he was still 16, Lanza earned his GED and enrolled at Western Connecticut State University, another public school.

Members of the Democratic Governor’s Sandy Hook commission have conceded that the additional burdens they have recommended for homeschooling families may be controversial.

It may be hard to implement because parents may want to get their back up and say ‘You can’t make me do that if I’m homeschooling,’ state board of education member Patricia Keavney-Maruca, a supporter of the recommendations, admitted.

However, the 16 commission members — experts in education, mental health, police work and so on — have insisted that homeschooling must now be tightly regulated in light of the Sandy Hook tragedy.

‘Given the individuals involved in the tragedy that formed the basis of this commission, I think we have thought this issue out at some length and we believe it is very germane and that the actual facts leading up to this incident support the notion of the risk in not addressing social and emotional learning needs of children who may have significant needs in that area who are homeschooled,’ proclaimed commission member Harold I. Schwartz, a psychiatrist at Hartford Hospital, according to the Post.

‘Continuation of homeschooling should be contingent upon approval of’ the state-approved education plans ‘and adequate progress as documented,’ agreed University of Connecticut mental health law professor Susan Schmeiser, according to CTNewsJunkie.

Well of course! These people are experts! We must all do whatever they say immediately, for our own good and the good of the children.

Unfortunately for the fragile egos of such “experts,” there is no evidence in the Sandy Hook case, none whatever, that homeschooling played any role in the attack, or that the kinds of needlessly intrusive controlling measures the commission proposes would have had any effect on Adam Lanza, or on anyone who might, at some time in the future, possibly do violence.

As those that have read my three-part Sandy Hook series know, Lanza had the full benefit of multiple mental health “experts” over many years, and not one detected any potential for violence in him. Nor did any of his teachers, his friends, or even his mother, who was murdered first by Lanza. There is no question that many people thought Lanza odd, and that his mental problems interfered with what virtually anyone might consider to be a “normal” life, but that is true of many people, and virtually none of those millions ever harm anyone, let alone murder 20 school children.

Lanza’s connection to homeschooling is so slight that the Commission might have, with equal plausibility and “expert” thinking, recommended the razing of every Dairy Queen in Connecticut because Lanza once ate a Dilly Bar.

The progressive impulse to utterly control and punish everyone knows no boundaries, no decency, and obviously in Connecticut, no sanity.