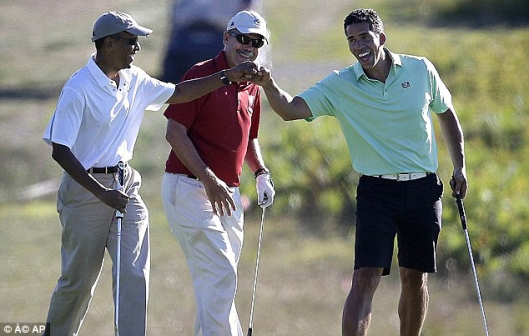 Let’s not mince words. When a terrorist army goes to war with civilization, and particularly with America, when it beheads two journalists–not that the lives of journalists are of any more value than those of any American–and dares America to do something about it, what is the president obligated to do?

Ponder that for as long as it takes you to read this from freebeacon.com:

Islamist militias in Libya took control of nearly a dozen commercial jetliners last month, and western intelligence agencies recently issued a warning that the jets could be used in terrorist attacks across North Africa.

Intelligence reports of the stolen jetliners were distributed within the U.S. government over the past two weeks and included a warning that one or more of the aircraft could be used in an attack later this month on the date marking the anniversary of the Sept. 11, 2001, terrorist attacks against New York and Washington, said U.S. officials familiar with the reports.

‘There are a number of commercial airliners in Libya that are missing,’ said one official. ‘We found out on September 11 what can happen with hijacked planes.’

The official said the aircraft are a serious counterterrorism concern because reports of terrorist control over the Libyan airliners come three weeks before the 13th anniversary of 9/11 attacks and the second anniversary of the Libyan terrorist attack on the U.S. diplomatic compound in Benghazi.

Islamist terrorists in control of multiple passenger jet aircraft. This is the inevitable result of leading from behind. So is the seizure of the abandoned American Embassy in Tripoli by Islamists who are ostentatiously enjoying the embassy’s swimming pool. The resulting power vacuum is being filled:

Egypt’s military-backed government appears to be seeking a more significant role in regional security after the Obama administration helped engineer the ouster of Libyan strongman Moammar Qaddafi in 2011. Since then, the Obama administration, through its announced policy of ‘leading from behind,’ has stood by while Libya gradually has spiraled into chaos.

Ansar al Sharia, which is based in Benghazi, recently publicized on social media that it has obtained large numbers of more sophisticated weapons, including SA-6 surface-to-air missiles, anti-aircraft guns, rocket-propelled grenades, shoulder-fired anti-aircraft missiles, assault rifles, and armored vehicles. The group is closely aligned with al Qaeda-linked rebels in Syria.

So if would appear that ISIS/ISIL is not the only team on the court, varsity or junior varsity. Unfortunately, the United States is saddled with a President that has yet to reach the JV league. In response to the beheading of journalist Steven Sotloff, Mr. Obama said:

We know that if we are joined by the international community, we can continue to shrink ISIL’s sphere of influence, its effectiveness, its financing, its military capabilities to the point where it is a manageable problem.

[W]hat we’ve got to do is make sure that we are organizing the Arab world, the Middle East, the Muslim world, along with the international community to isolate this cancer.

President Obama sent seemingly conflicting signals Wednesday about his ultimate goal in the fight against the Islamic State, saying at a press conference in Europe that the aim is to ‘degrade and destroy’ the terror group — but moments later, claiming he wants to make it a ‘manageable problem.

Speaking in Estonia during a visit to Europe, Obama at first took a hard line. He condemned the execution as ‘horrific’ and ‘barbaric’ and vowed ‘justice will be served.

So we’re going to degrade and destroy ISIS until it’s a manageable problem, and we’re going to “organize” the Arab World, the Middle East and the Muslim world and the International Community. Oh yes, Mr. Obama also said America has a “long reach” before observing that justice would be served.

It’s dumbfounding. Medieval barbarians with modern weapons stolen due to his fecklessness seize our embassy, the sovereign territory of the United States and frolic in its swimming pool, and Mr. Obama wields only weak rhetoric. Terrorists slowly saw the heads off Americans with a knife and Mr. Obama suggests–maybe–a long reach and the service of justice. Who can tell? One moment it’s management and organizing, the next it’s a weak sort of pursuit of nebulous justice.

Since Mr. Obama has been instrumental in systematically dismantling the Middle East, his desire to organize it, however earnest, speaks to utter incompetence, delusion, inattention, malice or all of the above.

Mr. Obama apparently fancies himself a policeman pursuing criminals. The vaunted Obama cool remains unflustered as he calls the inhuman monsters that beheaded Americans–Americans–names and suggested–he made no promise anyone would take seriously–that justice would be served. Perhaps he can “bear witness” and “lead from behind” as well in the service of justice.

Some men grow in the office, learning vital lessons. Mr. Obama has degraded. He does not represent the United States of America. He has no empathy for the plight of Americans. He is far more important than that, above such petty concerns. He intends to organize and manage, probably from the back nine. He believes he can end war simply by declaring it at an end regardless of what the enemy believes or does, his word be done. And when the enemy treats America with contempt, when their cowardly murder of individual Americans stands for the degradation and murder of all Americans, America has no leader to avenge that degradation, to deter aggression and to serve an unmistakable and unbreakable promise on those that would harm Americans and America that the only justice they will receive is the bullets or bombs that turn them into exploding crimson paste.

Terrorists thumbing their noses at America from a swimming pool on sovereign American territory? It’s time for strategic remodeling with a MOAB. That’s Internet video that would go viral.

Terrorists kidnapping and murdering Americans for Islamist snuff porn? It’s not a random crime of violence; it’s not workplace violence; it’s not an overseas contingency operation. It’s war, and war that we must pursue without restraint, until not a single Muslim man, woman or child is willing to take the path of Jihad. There can be no half measures, no pulling punches, no empathy or sympathy. We face a generational enemy raising its children to hate, torture, rape, maim and kill. Only unrestricted war has a chance of ending the threat and the threat will end only when there is no enemy capable of carrying it out.

There will be collateral damage. There will be civilian casualties. The only, ugly, brutal question is will those casualties be Americans on American soil, or the populations that support the Islamists, that will grow into Islamists? This is a cruel and profoundly ugly calculus, but it is the calculus the President of the United States is paid to make on behalf of the people of the United States. If we’re dealing with crimes, it’s unnecessary. If we’re at war, to do less would be to betray Americans and America.

Nice war is eternal war, war that never ends because the enemy’s will and ability make war is never completely destroyed. It buys, at most, a short pause in hostilities.

But Barack Obama will do nothing. Despite knowing of the growth of ISIS–only one of the deadly Islamist dangers we face–for at least a year, he has done nothing but play and fist bump on the most opulent golf courses available. Whatever he chooses to do–if anything at all–will surely be a token, a milquetoast gesture that will inspire neither fear in our enemies or resolve in our allies.

Russia is poised to seize other nations and destroy NATO, which under Mr. Obama’s lack of leadership, has withered to a shell of its former deterrence posture. Vladimir Putin has no respect for Obama, as well he should not.

China is engaged in an unprecedented military buildup and has designs on Taiwan, Japan, Vietnam and other neighbors in the region. Their recent provocations against our aircraft would be deadly dangerous against an America with an actual president. Against Barack Obama, China may well decide there is little or no downside to unrestrained military adventurism.

A thoroughly corrupt Mexico holds a US Marine, and Obama does nothing.

Obama has flung open our borders, knowing that terrorists are exploiting his fecklessness. Innumerable terrorists now have complete control of hundreds, if not thousands, of man portable, shoulder fired anti-aircraft missiles. It may well be just a matter of time–a brief time–before American passenger planes are shot out of the sky on American soil and elsewhere. All they need do is drive up to an airport boundary fence, step out of a van, acquire a slow moving airliner on approach or climbing after takeoff, fire, and be gone within seconds. Several missiles fired simultaneously at a single major airport could produce casualties that rival 9-11.

And when Iran obtains nuclear weapons, they will use them, against Israel and us. Islamist fanatics cannot be contained. They cannot be managed or organized. They can absolutely be trusted to do what they have promised, every day, to do: kill Jews and Americans.

When that happens, even if an attack that produces casualties that surpass 9-11 occurs, what would Barack Obama do? Deliver yet another teleprompter reading where he expresses mild annoyance and wants to organize and manage and serve justice?

I pray I’m wrong. I pray Mr. Obama somehow develops the spine to defend America. But I don’t trust him. He has demonstrated that the rule of law means nothing to him, and the lives of Americans mean no more.

4 thoughts on “Community Organizing On A Global Scale”