On June 04, 2012, I posted a brief article on Navy SEAL sniper Chris Kyle titled “The Universe Has a Good Laugh.”  I had just read Navy SEAL Marcus Luttrell’s second book, “Service, A Navy Seal At War,” and recounted a brief incident provided by Luttrell.  That article has become one of the most-read—and most controversial–things I’ve ever written. 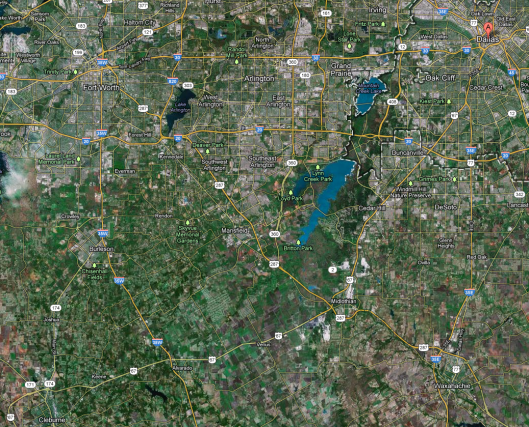 The controversy roils around a brief story in the book about Kyle’s shooting of two armed robbers one cold January day at a gas station.  An excerpt from my original post (and Luttrell’s book):

On a bitterly cold morning in early January of 2009, the war, in a sense, found Chris again.  What happened to him not far from his home outside Dallas never made the news, since the town involved didn’t want the publicity, but the incident certainly would have made national headlines had a reporter ever gotten a tip about it.

Self-proclaimed debunkers of the incident have claimed it occurred in Cleburne, TX and reported that law enforcement officials of that community and surrounding county have either claimed to have no knowledge of the incident or denied that it happened there.  There are many problems with this particular assumption, not the least of which being there appears to be no basis for placing it in Cleburne.  Neither Kyle, Luttrell, or anyone else is known to have identified any specific place, and Luttrell only placed it “not far from his [Kyle’s] home outside Dallas.”  Depending on the route one takes, Cleburne is from 50 to 60 miles SW of Dallas.

Michael J. Mooney of D Magazine, on March 18, 3013, published a profile of Kyle.  His account, provided directly by Kyle, is more explicit:

There’s a story about Chris Kyle: on a cold January morning in 2010, he pulled into a gas station somewhere along Highway 67, south of Dallas. He was driving his supercharged black Ford F350 outfitted with black rims and oversize knobby mudding tires. Kyle had replaced the Ford logo on the grill with a small chrome skull, similar to the Punisher emblem from the Marvel Comics series, and added a riot-ready aftermarket grill guard bearing the words ROAD ARMOR. He had just left the Navy and moved back to Texas.

Two guys approached him with pistols and demanded his money and the keys to his truck. With his hands in the air, he sized up which man seemed most confident with his gun.  Kyle knew what confidence with a gun looked like. He was the deadliest sniper in American history. He had at least 160 confirmed kills by the Pentagon’s count, but by his own count—and the accounts of his Navy SEAL teammates—the number was closer to twice that. In his four tours of duty in Iraq, Kyle earned two Silver Stars and five Bronze Stars with Valor. He survived six IED attacks, three gunshot wounds, two helicopter crashes, and more surgeries than he could remember. He was known among his SEAL brethren as The Legend and to his enemies as al-Shaitan, “the devil.”

He told the robbers that he just needed to reach back into the truck to get the keys. He turned around and reached under his winter coat instead, into his waistband. With his right hand, he grabbed his Colt 1911. He fired two shots under his left armpit, hitting the first man twice in the chest. Then he turned slightly and fired two more times, hitting the second man twice in the chest. Both men fell dead.

Kyle leaned on his truck and waited for the police.

When they arrived, they detained him while they ran his driver’s license. But instead of his name, address, and date of birth, what came up was a phone number at the Department of Defense. At the other end of the line was someone who explained that the police were in the presence of one of the most skilled fighters in U.S. military history. When they reviewed the surveillance footage, the officers found the incident had happened just as Kyle had described it. They were very understanding, and they didn’t want to drag a just-home, highly decorated veteran into a messy legal situation.

Kyle wasn’t unnerved or bothered. Quite the opposite. He’d been feeling depressed since he left the service, struggling to adjust to civilian life. This was an exciting reminder of the action he missed.

That night, talking on the phone to his wife, Taya, who was in the process of moving with their kids from California, he was a good husband. He asked how her day was. The way some people tell it, he got caught up in their conversation, and only right before they hung up did he remember his big news of the day: ‘Oh, yeah, I shot two guys trying to steal my truck today.’

I recommend you read the entire Mooney article, which gives a very good overview of the kind of man Chris Kyle was.  Having read Kyle’s book, I have no difficulty believing the incident occurred just as Kyle related it.  Mooney had the same impression.  Kyle’s nonchalance in informing his wife also rings entirely true.

Mooney notes that Kyle did not want to go into detail about the shooting, which is of a piece with the reluctance Kyle expressed in speaking about himself in general.

Mooney adds this toward the end of his profile:

During the interview in which he discussed the gas station incident, he didn’t say where it happened. Most versions of the story have him in Cleburne, not far from Fort Worth. The Cleburne police chief says that if such an incident did happen, it wasn’t in his town. Every other chief of police along Highway 67 says the same thing. Public information requests produced no police reports, no coroner reports, nothing from the Texas Rangers or the Department of Public Safety. I stopped at every gas station along 67, Business 67 in Cleburne, and 10 miles in either direction. Nobody had heard of anything like that happening.

Interestingly, Cleburne is between 28-34 miles SW of Ft. Worth, so it seems that even Mooney had a little difficulty with the concept of what is “not far.”  In addition, Highway 67 is a road running south and west from Dallas through Cleburne and beyond.  In the broad expanse of Texas south of Dallas, there are far more communities and hundreds of gas stations.  If the shooting did not, in fact, take place in or near Cleburne—and there is no apparent definitive information that places it there—it is hardly surprising that local law enforcement might have no information about it.

What about the Texas Rangers or the State Department of Public Safety (essentially the Highway Patrol)?  Wouldn’t they know about such a thing anywhere in the state?  Not necessarily.  Generally speaking, local crimes, even shootings, are not handled by state law enforcement agencies.  They’re called in only under specific circumstances.  Otherwise, they’d have no involvement and no knowledge.  Individual troopers or rangers chatting with local officers might get wind of this and other things, but institutionally, there would be no knowledge.

Mooney’s account provides one interesting bit of information: the local police apparently spoke with someone in the DOD that interceded on Kyle’s behalf.  Here we need to briefly review normal police procedure.

Usually, any incident of any significance requires at least notation on radio call logs, and usually, a written incident report of some kind.  This would normally be true of any shooting incident, which would require that detectives be called and the police chief or sheriff be notified.

However, add in the intercession of the Pentagon/DOD on behalf of a man involved in any number of black operations, and normal procedure might well be changed, particularly in a part of the nation where law enforcement officers are often themselves veterans and are unashamedly patriotic.  If the two ex-criminals were well known to the police, who would have considered their sudden and unexpected—though richly deserved–demise a net positive for the community, changing protocol would be easier still.

And if this is the case, would anyone expect the authorities to admit the incident four years later?  Notice Mooney’s formulation:

The Cleburne police chief says that if such an incident did happen, it wasn’t in his town. Every other chief of police along Highway 67 says the same thing.

Language matters.  This is not a clear, definitive denial, rather it sounds much more like a careful, political non-denial denial.

But what about the press?  Wouldn’t they inevitably cover any shooting?  Consider that the media generally does its best to avoid reporting on successful citizen self-defense shootings as they tend to effectively contradict the anti-gun narrative.  This too, would not be impossible, perhaps, not even improbable.

A lot of people will believe that, because there are no public documents or witnesses to corroborate his story, Kyle must have been lying. But why would he lie? He was already one of the most decorated veterans of the Iraq war. Tales of his heroism on the battlefield were already lore in every branch of the armed forces.

People who never met Kyle will think there must have been too much pressure on him, a war hero who thought he might seem purposeless if he wasn’t killing bad guys. Conspiracy theorists will wonder if maybe every part of his life story—his incredible kills, his heroic tales of bravery in the face of death—was concocted by the propaganda wing of the Pentagon.

Why would he lie indeed.  This was a man that earned multiple bronze and silver stars as well as other decorations.  His post-military life was, by all accounts, happy and prosperous.  Adding what, in the full story of his exploits, would be a relatively minor tale, would add little or nothing of value to his reputation.  This does not mean that Kyle could not have told a fable, but there seems little or no advantage in it.

Ultimately, the truth is important, but one lesson my years in law enforcement taught me is that it’s not possible to know everything about everything.  There are some things one will never know with certainty, and I’m content with knowing this is probably one of them.  I’ve repeatedly acknowledged the controversy and linked to the writings of those who believe it a lie.  Readers can, to whatever degree it’s important to them, decide for themselves.

Perhaps the final word should belong to Kyle, who said, according to Mooney:

Once, he posted to his tens of thousands of Facebook fans: ‘If you don’t like what I have to say or post, you forget one thing, I don’t give a shit what you think. LOL.’

I can just see Kyle looking down on this controversy and laughing out loud.  If you don’t, I don’t give a shit either Chris.  Godspeed.

32 thoughts on “Chris Kyle: The Universe Has A Second Laugh”