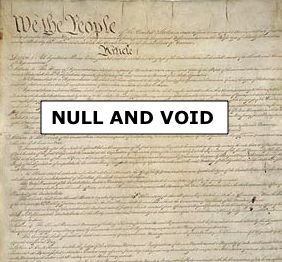 Since the murders in Newtown, Connecticut, reason, any understanding of cause and effect and any respect for the law seem to have fled entirely from Progressive minds.  Amid cries for a “discussion” and “sensible debate,” we continue to lose the ability to feel and act upon realistic and righteous outrage.  It’s an artifact of the Age of Obama.

Legislation is being introduced in New York and of course, in Illinois that would not only ban nonexistent “assault weapons” and as Nancy Pelosi put it “assault magazines,” but would skip blithely over annoying distractions like the Constitution and Federal court decisions, and jump immediately to confiscation of offending firearms and accessories.  But before dipping too deeply into the fetid waters of Progressive thinking, let’s review recent jurisprudence.

While the Heller and McDonald decisions established the Second Amendment as a fundamental Constitutional right and applied that right to the states, those decisions focused almost entirely on the “keep” concept of  “keep and bear.”  Recognizing the common law right of self defense as the foundation of the Second Amendment, the Supreme Court ruled that individuals do indeed have a right to the arms most commonly in use for lawful purposes, including self defense, which includes handguns.

The landmark decisions left no doubt that one may possess firearms in the home and on one’s own property, but left unsettled whether one may carry firearms outside the home, or indeed, if there is no such right, how one might manage to get a firearm to their property or home.  If one may “bear” a firearm only within the boundaries of their home or property, there is no right at all, merely a privilege granted by the state subject to political whims.  Clearly, the right to carry a firearm wherever one might be is not only implied, but inseparable from the unquestionable, unalienable right to “keep” arms unless the unalienable right to self defense applies only within the home.

In most states, such concerns are on the back burner, for most recognize the Second Amendment in their own constitutions, and the majority have “shall issue” concealed carry laws, laws that require the state to issue a permit to any citizen not otherwise disqualified by mental illness, having been convicted of a felony, etc.  Several states are “constitutional carry” zones where non-disqualified citizens need no permit or permission from government to carry concealed weapons, though most obtain them to qualify for concealed carry in adjoining states with which their state has negotiated reciprocity agreements.

A number of states such as California, New York and the District of Columbia theoretically allow concealed carry, but in practice, only the wealthy or politically favored could obtain a license.  Until December 11, 2012, only Illinois completely prohibited its citizens from defending their lives outside the home (and made it very difficult within).  That changed with a ruling of the Seventh Circuit Court of Appeals in the Moore v. Madigan case.

The 7th Circuit Court of Appeals handed down a decision affirming the right of citizens to carry concealed weapons under the Constitution, and ordered Illinois to rewrite its statutes to conform to the supreme law of the land within 180 days.  Writing for the majority, Judge Richard Posner took note that Illinois is the only state that absolutely prohibits concealed carry:

There is no suggestion that some unique characteristic of criminal activity in Illinois justifies the state’s taking a different approach than the other 49 states.

As expected, anti-freedom forces in the legislature and elsewhere are outraged and considering their options:

I expect a battle,’ said Barbara Flynn Currie, the House Majority Leader and a longtime gun control advocate. ‘The proponents of concealed carry have not yet carried the day.

However, unless an appeal is filed and the Supreme Court rules in Illinois’ favor—which seems unlikely absent several deaths on the court and subsequent Progressive court packing which is likely the real reason behind Senate Democrat’s desire to do away with the filibuster–the 7th Circuit’s decision is the law, not that such niggling concerns bother Progressives of the Illinois political class.

Legislation being proposed in Illinois is particularly lawless:

One measure would ban the possession, delivery, sale and transfer of semiautomatic handguns and rifles. People who currently own such weapons could keep them but would have to register them. The bill would allow semiautomatic weapons to be used at shooting ranges, but those facilities would be regulated.

National Rifle Association lobbyist Todd Vandermyde told lawmakers the bill would restrict about 75 percent of handguns and 50 percent of long guns in circulation today. He also said it would treat law-abiding gun owners like criminals, and is in conflict with Second Amendment rights upheld by the courts.

I’ve never seen a piece of legislation that tramples on so many court decisions,’ Vandermyde said.

According to the Illinois State Rifle Association, gun control proponents believe merely banning guns and accessories is not sufficient.  Absolute confiscation is mandatory:

There would be no exemptions and no grandfathering…You would have a very short window to turn in your guns to the state police and avoid prosecution.

Emanuel, the mayor of one of the most gun-controlled cities in the country, praised the committee passage and says even stronger regulations are required to protect communities. He added that there is a need ‘for common-sense laws that provide the residents of our cities with the safety they deserve.

It’s difficult to imagine what more the law abiding in Chicago and Illinois could surrender in the cause of “the safety they deserve.”  Perhaps they should be required to issue engraved invitations to burglary, robbery, assault and rape to known criminals?

The fevered desires of anti-freedom politicians have a variety of negative practical effects beyond increasing crime rates and disarming the innocent:

Gun manufacturers in Illinois have already threatened to leave the area if laws limiting guns are put in place. ArmaLite owner Mark Westrom told FoxNews.com that he’s been fielding offers from at least two others states to move his operation if gun control laws in Illinois are pushed through.

Congressmen too are anxious to limit liberty, such as Rep. Jerrold Nadler (D-NY).  During a December 19, 2012 press conference, Nadler made his views clear:

The lawmaker told CNSNews.com that he not only supports prohibiting the future sale of 10-round gun magazines, but he would like to confiscate high-capacity clips already legally possessed by American citizens.

For Rep. Nadler, seizing private property, apparently without just compensation—I seem to remember something about that in the Constitution—isn’t sufficient.  He wants only the government to be armed and considers the very reason for the existence of the Second Amendment to be “insane”:

If the premise of your question is that people are going to resist a tyrannical government by shooting machine guns at American troops, that’s insane,’ he said.

And in New York State, Governor Andrew M. Cuomo’s ideas are no doubt causing those determined to limit liberty to salivate in anticipation.  Not only will he ban guns and magazines, he wants a “balance,” apparently the kind of balance Mr. Obama claims to seek between spending and paying down the deficit:

I seem to remember something in the Constitution and the law that would seem to prevent government from seizing the means of exercising unalienable, fundamental rights like the freedom of the press and the right to keep and bear arms, but that’s obviously just me.  If such intellectual, moral titans as Rep. Nadler and Gov. Cuomo think unilaterally abrogating the Constitution is a good idea, who am I—who are any of us—to oppose such superior beings?

And that, gentle readers, is exactly the point.  Who do we need to be?  Nothing more—or less–than American citizens.  Governments have no rights, but powers, limited powers delegated to them on condition of good behavior by the express consent of The People, and those powers not specifically delegated to them belong to the state or The People, as the Tenth Amendment so clearly explains:

The powers not delegated to the United States by the Constitution nor prohibited by it to the States, are reserved to the States respectively, or to the people.

Politicians who believe their positions give them the power not only to mandate law, but to abrogate the Constitution should be impeached.  Any politician holding the idea that citizens—free men—have no right to arms and that the concept of citizens resisting tyranny by force of arms is “insane,” likewise should be immediately impeached, for they not only do not believe in the very foundations of American democracy, they obviously wish to destroy them.

The age of Obama has so lowered our expectations of our politicians and institutions that we now seem to expect them to be not only incompetent, immoral, and anti-democratic but actually criminal.  We expect them to act against the philosophies, morals and the very law that make America, America.  When they propose blatantly unconstitutional laws, or seek to ignore the rule of law entirely, and in so doing, express a desire for despotic powers, too many of us simply shrug our shoulders, shake our heads and mutter “par for the course; what next?”

Perhaps this is the real debate we ought to be having: should we abide our elected representatives even thinking about violating the law, about seizing our liberties and offering to replace them with “safety,” and nebulous security?  Or should we make it plain, so plain even they cannot fail to understand, that such tyrannical thinking and action dare not so much as pass their lips lest it instantly render them the social and political pariahs they deserve to be?

Those who have defended freedom by defending the Second Amendment have long been accused of engaging in scare mongering when they warn that Progressives want to destroy the Constitution through the first steps of registration and confiscation of firearms.  Who can now deny they have been right—and temperate–all along?

It we truly want America to survive, let’s have that “discussion,” and in the process, remind those that would rule us who really holds the power affirmed by the Constitution.

11 thoughts on “Let’s Have That Discussion…”